I'm an engineer with a passion for food, travelling, and improving people's lives through technology. I graduated with a BASc. in Mechatronics Engineering from the University of Waterloo, and I'm currently finishing up my M.S. degree in Computer Science at the University of Southern California. My interests lie at the intersection of AI and Robotics, with a focus on Computer Vision and Reinforcement Learning. I have an array of industry and research experience, having worked at large companies (like Walt Disney Imagineering and IBM), start-ups (like Dragonfruit AI), and research labs (like CLVR). I would love to play a part in harnessing the recent advances of AI and Robotics, and leveraging it to improve domains such as healthcare, education, and anything else that will help people live easier, safer and more fulfilling lives.

Looking for a Job :)

I will be graduating May 2023, and am actively looking for a full time role in the field of machine learning/robotics/software engineering. Please reach out if you feel that my experience and interests align with your project/team needs.

Jullian is the brightest young engineer I've ever had the pleasure of working with (I would usually add a "one of the" descriptor to a statement like this, but decided that this was not warranted in his case). He has only begun work on his masters program, but already he knows more about software development than many senior engineers who have been in the industry for a long time. On top of this, he has a very conscientious work ethic, and produces prolifically. During his short 7 month internship at Dragonfruit, he built from the ground up a key new product that extended our existing offering in an entirely new dimension, and which involved exploration, research, development (on multiple OSs), integration, deployment, and working with customers. Thanks to his efforts, we were able to get this new product out into the field in record time. Before he completed his internship he made a 40+ page document of his work so others could continue building and supporting the product. Bravo! I suspect Jullian is destined for great things.

Jullian spent a few months with our team and worked on an absolutely new feature set. He was unfazed by the challenging task and went about it in a very autonomous manner. The field of on-prem AI solutions is new and requires a great deal of original thinking and perseverance to be able to actualize a production worthy solution. Jullian was able to deliver very convincingly on this. His work was thorough and he delivered very high quality output. It was a pleasure to work with Jullian and I wish him the very best for this future.

Jullian was an outstanding worker, who regularly sought and came up with innovative solutions to complex problems. When needed, he would seek out and learn new disciplines on his own to solve these problems, including teaching himself areas of deep learning for which there were no in-house experts to mentor him. Jullian also showed exceptional initiative by indentifying areas of need, proposing new project ideas, and executing on them. Jullian was a fantastic intern, one of the best I've had. He learned how to use our internal system very quickly, and began making improvements to it almost immediately.

Jullian is the kind of person that looks at a massive task with an impossible deadline and smiles. I came to understand that he smiles because he knows he can get it done and may have already worked out a possible approach vector. It was a pleasure to work with Jullian in the past 4 months at IBM where he worked on and delivered leading-edge projects with minimal prior expertise, prior documentation, and minimal guidance. For the project that I managed, Julllian demonstrated excellent capabilities in machine learning, visual recognition, robotics, and software development. Whenever Jullian is challenged to think bigger and broader, he rises to the challenge and adds his own bit of detail/insight to exceed expectations. In addition to having a strong drive to learn and explore, he takes full ownership of tasks (which has sometimes involved working into the AM) and remains committed well beyond the critical point to ensure maintainability and growth of the project. I would absolutely recommend Jullian to anyone that may be considering him.

I have met only a few people with as much initiative, curiosity, and persistence as Jullian. During his time as a co-op at ZGL, I had the pleasure of seeing him and his team build a couple of projects from scratch, including a serverless mobile application and an in-store AR game. Jullian was always willing to teach his team members what he had learned and was skilled at doing so. I miss our chess games together, especially his clever strategies. Overall, I think any place would be lucky to have someone like Jullian as a member.

Mr. Jullian A. Yapeter has shown a great interest in his work at A.U.G. Signals Ltd (AUG). He actively approached me (his supervisor) to fill up the gaps including while running computational intensive processing. Mr. Yapeter has shown excellent ability to quickly learn algorithms, e.g. image resampling and data interpolation, and software languages (e.g. Matlab). The quality of work he delivered to the company was outstanding. During the term, Mr. Yapeter has produced large volume of work, including development of algorithms (e.g. for data interpolation and image resampling); performing literature review (e.g. understanding Biologische Bundesanstalt, Bundessortenamt und CHemische Industrie (BBCH) scale for canola crop); software development and testing (e.g. for automation of Polarimetric Synthetic Aperture Radar (SAR) parameter extraction and image othro-rectification); and data processing (e.g. SAR and electro-optical imagery preprocessing and parameter extraction). He has shown a great ability in solving algorithm development and software coding challenges. During his work at AUG, Mr. Yapeter has been very dependable, even when the deadlines were very tight. He was a valuable asset to the team by accommodating team’s needs. He has been very responsive to supervision, even when it required adapting his work. He always met the deadlines for all the tasks. AUG provided a diverse working environment within which Mr. Yapeter was always been very comfortable. He has taken a keen interest to understand how the task assigned to him helps AUG’s goals and provided useful feedback on a number of occasions. Mr. Yapeter has shown excellent written and oral communication skills on every occasion available. 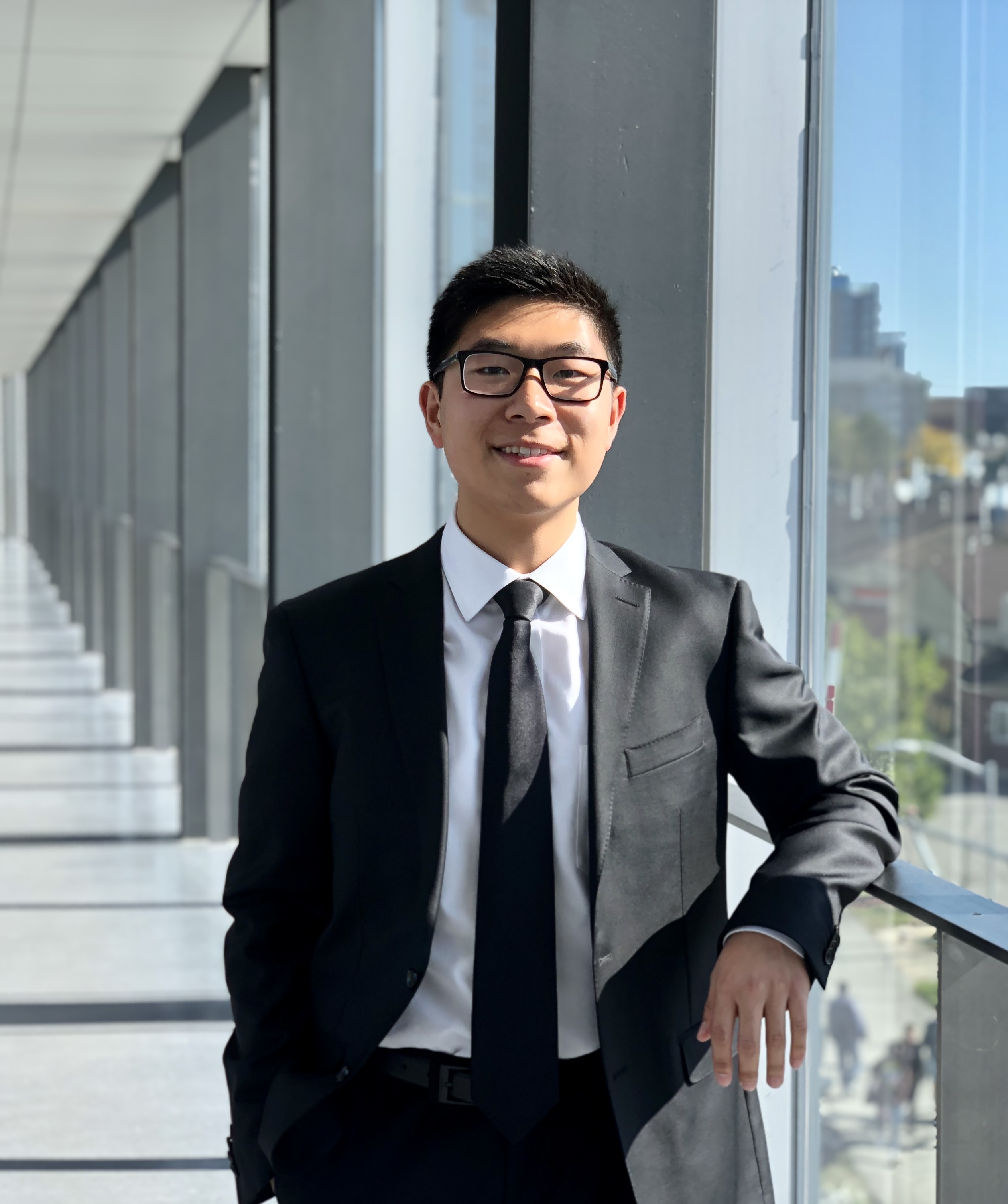 Hi, I'm Jullian. I'm a second-year Computer Science M.S. student at USC. I am currently a Graduate Research Assistant at CLVR Lab. I received my Bachelor's degree in Mechatronics Engineering with a minor in AI from the University of Waterloo. I have done a number of internships in the field of Computer Vision and Deep Learning, including at Disney Research, IBM, GM (2908 Lab), and Dragonfruit AI.